The mini version of Minecraft 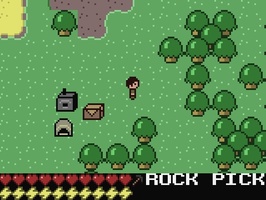 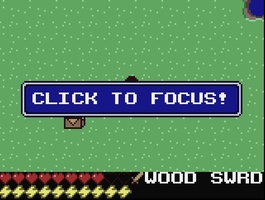 Advertisement
Minicraft is a 48 hour project developed by Notch, the famous developer of the successful Minecraft. We could say that this game is an 8-bit version of the mentioned sandbox and a bit more simple, although it keeps offering a good bunch of possibilities.

Create workbenches to then create lanterns, funditions to create gold lingots ovens to cook meals,... Of course, all those objects can used to fight against enemies or destroy the scenario.

Yes, it sounds pretty similar to our beloved Minecraft, but this time the perspective is a top-down view in 2D instead of that first person view of the original one and that makes this one to be far different in terms of playability.

The graphics will remind you the classic Nintendo games and many of you will remember the first Final Fantasy game.

Minicraft is a very funny game that won't get you hooked for hours like its 'brother' but which is worth some hours playing in short whiles.
Reviewed by Andrés López
Advertisement

What is the cloth for?

Summertime Saga
A fun and spicy adventure
Minecraft
Build, craft, and give free rein to your imagination
Yandere Simulator
Stealth and murder in a Japanese school
Five Nights at Freddy's 4
The last chapter on this horror saga
AM2R (Another Metroid 2 Remake)
Remake of Metroid II Game Boy original
Eyes: The Horror Game
The terror is watching... and it's out to get you
Who's Your Daddy
Save your son from all the dangers
Baldi's Basics in Education and Learning
Learn with Baldi... or not
Advertisement